Something About Costa Rica

While Costa Rica covers a mere 0.03% of the planet’s surface, the nation is endowed with over 5% of all of the life forms on earth…This gives you an idea of the magnificent country that you are about to meet.


Costa Rica is a mountainous country on the narrow Central American isthmus, with Nicaragua to the north and Panama to the south. To the east and west are the Caribbean Sea and the Pacific Ocean, respectively.


The territory covers 19,730 square miles, divided by mountain ranges running principally from the south. These mountains form part of the Continental Divide, which causes some of the country’s rivers to flow into the Pacific, while others run to the Caribbean.

The official currency is the colon and is easier to use than dollars. US dollars are accepted throughout the country.


Home to most of Costa Rica’s population, the Central Valley covers 1,160 square miles. It has fertile solid and a pleasant climate. Costa Rica is often cited as a model for conservation in harmony with community development and economic growth. National Parks and reserves are open to the public at government-established fee. Private reserves set their own rates.


Some of the main mountain ranges are volcanic. In the province of Cartago, not far from the capital of San Jose, is Irazu Volcano, which erupted, in the early sixties. Poas Volcano, in the province of Alajuela, has one of the largest active craters in the world.


Beautiful forests, grown in the crater of the dormant Barva in Heredia. Arenal, a young volcano in the northern part of the country, is constantly active. The country’s highest peak, Mount Chirripo is not volcanic; it measures 12,412 feet.


Regarding the country’s coastal regions, the coast makes up almost sixty-five percent of Costa Rica’s borders. Costa Rica has some of the world’s most beautiful and idyllic beaches. The coast is not heavily populated, but several tourism projects have been developed.


Within Costa Rica, the longest distance you will ever have travel to get to a beach is 75 miles. So in a way, the country is like a large tropical island.

The climate is idyllic. In the lowlands- which are dry un the Pacific northwest and humid elsewhere-daytime temperatures range in the eighties to nineties F (high twenties to mid thirties C). Usually in the seventies F (low mid-twenties C) at the middle elevations, the mercury can fall as low as the forties and fifties F (five to mid-teens C) at the top of the mountains. Costa Rica can be broadly categorized into four major climatic zones:

The Caribbean and the Southern Pacific lowlands have short dry seasons and high temperatures. Rainfall is usually lighter along the coast, increasing proportionally as it moves further inland and altitude increases.

Lowlands with a dry season.

Most if the Guanacaste province and some of Puntarenas have high temperatures and a long dry season. Temperate climate. Areas located between 3,000-5,000 feet above the sea level, such as the Central Valley, have defined dry seasons and the most confortable of the climates.

Any area at a altitude higher than 5,000 feet has cooler temperatures. At altitudes over 10,00 feet, even reaches the freezing point. The weather is usually humid, with occasional fog or frost. 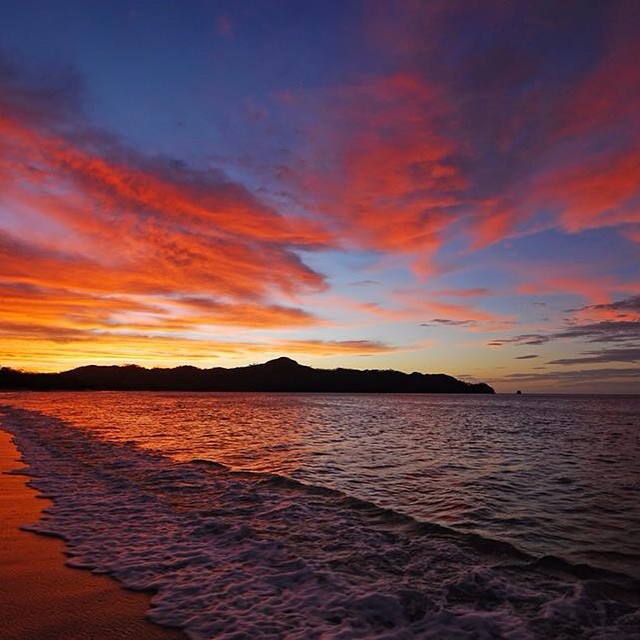 
The northwest has a fairly well-defines dry season (verano or summer) December to April. The dry season is a month or two shorter along the southern Pacific coast. July also tends to be a dry month on the Pacific slope. Welcome rains during the rest of the year bring about a general greening and freshen the countryside. Rains usually come in the afternoon thunder-storms, leaving the mornings sunny and the night sky filled with stars. Thus period is called “invierno” (winter or rainy season) or “temporada verde” (green season). Rainfall on the Caribbean slope is more evenly distributed throughout the year, with marked dry periods from May through June and again from September through October.

Costa Rica is one of the oldest democracies in the Americas its first election was held in 1889. Actually we’re governed according to the Constitution of November 7, 1949. An improvement of previous constitutions, this version made one change that has had especially far reaching affects; it eliminated the country’s armed forces.


The Constitution gives the president executive power. The president of the Republic is elected by free elections to a four-year term and is not eligible for reelection. Two vice-presidents are selected through this same process. The president has the authority to choose a cabinet of ministers.


Congress, the legislative branch, is an unicameral parliament. Fifty-seven congressmen are elected to four-year terms, chosen from political party candidates.


The General Court is the highest judicial body. It is composed of twenty-two magistrates, elected by Congress to a minimum of eight years. The General Court administers judicial power and is responsible for naming judges and tribunals.


The difference chambers of the Supreme Court are formed by, members of the General Court. Of the chambers, the Constitutional Chamber is the most powerful; it rules on any matters relating to the constitutionality of laws and, in general, is charged with the protection of citizens from any possible improprieties or waste on the part of the government. Bette known as “La Sala IV”, this chamber was created within the Supreme Court a few year ago, and gad been generally well received by citizens. On several occasions, “La Sala IV” has overturned major, long standing laws, challenged by ordinary citizens on constitutional grounds.


Another important tribunal in the Supreme Tribunal of Elections, which is in charge of guaranteeing fair elections, in accordance with electoral law.

Through constant attention to education Costa Rica has achieved the highest literacy rate inn Central America. Its literacy rate rivals that of many larger or more industrialized nations. Since the 1970’s Costa Rica has consistently invested twenty-eight percent of the national budget I education-something which would not have been possible while maintaining armed forces.


The educational system is divided into three major sections. Elementary schooling is free and obligatory. Seventy percent of high schools are public, while accredited private institutions provide the other thirty percent. University education began last century, but it wasn’t until 1940 that the University of Costa Rica, the country’s largest public university, was founded. Thirty years later, several more public universities had been created, including a correspondence school. The first of numerous private universities was established in.

In 1949, the founders if the Second Republic, the present form of government nationalized the banking system. Over the years, the system has allowed for some privatization, but with special restrictions not applying to government banks. The Costa Rica Bank is the only bank authorized to issue currency. The Central Bank regulates international exchanges rates and others aspects of banking in Costa Rica. Banks are open from 9:00 to 3:00 p.m.

According to the World Health Organization, Costa Rica has one of the best heath care systems in the world. The country’s infant mortality rate is dropping while life expectancy increases. There are several hospitals in the country operated by the National Social Security System. The System, established to provide universal medical services, is close to reaching its goal. This same institution also provide worker’s disability, maternity and senior citizens benefits.